WASHINGTON – Today, in a briefing held by the House Oversight Subcommittee on Civil Rights and Civil Liberties, Congresswoman Ayanna Pressley (MA-07) spoke out against the First Amendment violations caused by the violent treatment of Civil Rights protestors and journalists across the country by federal and local law enforcement.

A full transcript of the Congresswoman’s remarks and questioning of witnesses is available below.

REP. PRESSLEY: Thank you Chairman Raskin for bringing us together for this important conversation.

I want to thank our briefers for joining us and our survivors of violence for lifting their traumatic experiences. I want to especially thank Dean Brown-Nagin for joining us from the Massachusetts 7th Congressional District. She’s a constituent and I thank you for sharing your compelling testimony and historically contextualizing that testimony, and I’ll pick up on that in a moment.

A few weeks ago, I stood proudly among thousands of my fellow Bostonians at a demonstration in Franklin Park. It was a beautiful sight to bear witness to, a multi-racial, multi-generational coalition peacefully protesting, demonstrating, standing up and speaking out in one voice against systemic inequities, structural racism, police brutality, which has robbed us of Black and brown lives.

These peaceful demonstrations are a continuation of the longtime work and organizing of many Black and brown Freedom Riders and Freedom Fighters before them, who have fought to gain—and had to fight—to gain equal rights for centuries. And while the chants may have changed, the violent tactics used by law enforcement against many of these peaceful demonstrators are eerily similar to those used in other chapters—dark chapters—in our nation’s history.

In 1965 on “Bloody Sunday,” television viewers around the country watched as state and local police used billy clubs, whips, and tear gas to attack hundreds of civil rights protesters—including our esteemed colleague, Congressman John Lewis—as they marched across the Edmund Pettus Bridge in Selma, Alabama.

Dean Nagin, I’d like to really couch this moment in our nation’s history. How [do] many of the protests following the death of George Floyd fit this civil rights tradition in our country?

DEAN BROWN-NAGIN:  Thank you, Representative Pressley. I would say that so many of these protests are reminiscent of the peaceful protests of the Civil Rights Era that were vital to the change in the law and change in society that our country is so appreciative of today. The marchers in Roxbury, on the Boston Common, throughout the country, are really participating in an honorable and so critically important tradition of citizens demanding accountability from government. Citizens seeking change in a peaceful way, we ought to be happy that citizens are choosing this honorable pathway to pursue reform. It is their right, and we ought to lift them up for engaging in that manner.

REP. PRESSLEY: Thank you. Ranking Member Jordan earlier was talking about equal protection under the law and his experience of violations of the First Amendment in the wake of a pandemic. And you know, the ironic thing is the reason why there is unrest in our streets is because Black Americans have never had equal protection under the law.  That’s why they’re in the streets in the midst of a pandemic and are being met with more of a police state, which is the very reason why there is an uprising. And the protestors that are on the front lines today would have been the Diane Nash, and the John Lewises and the Doctor Kings of the early days of the Civil Rights movement.

DEAN BROWN-NAGIN:  Thank you for that question. Well as I emphasized in my testimony, the images are in some instances eerily similar to the tactics of people like Bull Connor, Sheriff Clark in Selma, and other figures whose points of view and whose tactics we had thought we had left behind 50 years ago or so in this era of American history that we believe is inconsistent with the values of equal protection under the law. And one of the things that is somewhat curious is that the lesson that one sees in history from those moments of violent clash between police and protestors is that it tends to crystallize the injustice of the moment.
REP. PRESSLEY: Exactly.

DEAN BROWN-NAGIN: And I think that that is what we have seen here. When Americans see the injustice that others have lived with for so many years and have been talking about. When they see these images that illustrate these problem, many American who are people in good faith, who support the principles of the constitution, who support equal rights and equal justice, have understood the perspective of the protestors. So the police violence is actually counter-productive. It’s counter-productive. It exposes…

REP. PRESSLEY: I’m short on time so thank you, Dean, I want to reclaim my time just as I close here.

Obviously one glaring difference between the situations in Selma and Lafayette Square is the reaction of the person in the Oval Office.

In 1965, following the work of civil rights organizers and demonstrators, President Johnson pushed for the passage of the Voting Rights Act.

Meanwhile, the current Occupant of the White House, on the other hand, has encouraged aggressive law enforcement to “dominate the streets,” demonized protesters, and to promote protection of property over human life. Just last week, he signed an Executive Order threatening to withhold federal funds from states unless they enforce up to a 10-year sentence for vandalism and damage of Confederate statues. 10 years. While militarized police officers face zero consequences for inciting violence and engaging in reckless and deadly brutality at protests.

REP. PRESSLEY: Thank you very much, Mr. Chairman. Picking up on my last line. Again, in the earlier days of the civil rights movement, when the people spoke up and demanded justice, President Johnson used federal forces to protect Black Americans. Today, Donald Trump—in a move that surprises no one—is using federal forces to attack Black Americans.

Dean Nagin, has any other president of the United States responded to peaceful protesters in this way?

DEAN BROWN-NAGIN: Well I would say, not to my knowledge. It is important to appreciate that President Kennedy and President Johnson and others understood the power of peaceful protest in our society, and as you mentioned, the protests at Birmingham and the protests at Selma gave rise to the legislation that has made us substantial freer in this country today in terms of race.

REP. PRESSLEY: Yes. How does this response compare to the anti-lockdown demonstrations we have seen in dozens of states across the nation to protest life-saving protective measures against the coronavirus? What comparisons would you draw?

DEAN BROWN-NAGIN: I would say that in the context of a lockdown protest, I’ve noticed that police officers have been incredibly restrained. I have not noticed any violence against protestors, batons or bullets or tear gas. By contrast, in the context of the protests following the death of George Floyd, we have seen a lot of that. And so there has been a remarkable difference in terms of the response.

REP. PRESSLEY: Thank you, Dean. I would just say that the Fannie Lou Hamers and the Diane Nagins and the John Lewises and the Doctor Kings, we elevate them now as luminaries of the movement, but I’m quite certain that they were vilified and falsely and hardily mischaracterized then in the same way that the protestors and demonstrators on the front lines of this movement are being today.

Those who do not learn from history, are destined to repeat it.

Thank you and I yield back. 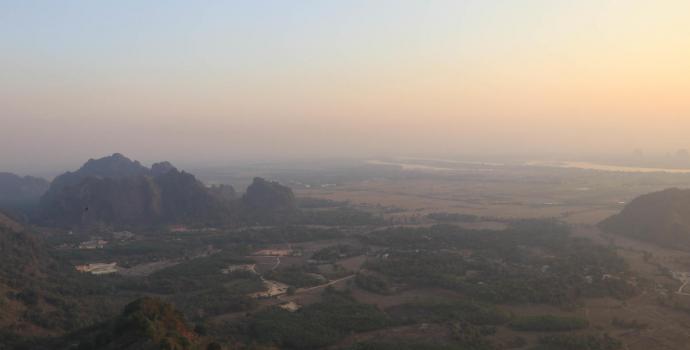